Soothe your dog’s rough, crusty nose with this moisturizing salve. It takes just two all-natural ingredients and about 10 minutes to make.

My dog Biscuit has a crusty nose pretty much all year-round, but it gets even worse in winter. This build up is caused by a combination of dog food, dirt, and probably a few other things from outside that I’d rather not mention here. In winter this dirt collection dries quickly and sometimes causes painful cracks because of the dry air. It’s a daily struggle trying to wash his nose, and when I finally get it wiped clean he pouts terribly about it.

Recently we’ve fared better with this homemade nose butter. He doesn’t mind it as much as a soapy wash cloth, and the salve is almost like a treat he gets to partially lick off of his nose.

The recipe barely warrants a blog post, because it’s so simple and just two ingredients: organic coconut oil and olive oil. The olive oil is added to the coconut oil to make the firmed cream a little more pliable. Both of these oils are safe for dogs and together, make an effective moisturizer.

Many recipes that I’ve seen online recommend adding essential oils to their nose butters. I do not recommend this. I cannot imagine what it’s like for a dog to have a strong floral scent right on its sensitive nose! Also, some essential oils are quite toxic to dogs. I think the fewer ingredients, the better.

Place the jar in a saucepan and heat over medium on the stove top until the oil is completely melted. Remove from the heat and stir in about 1 1/2 teaspoons olive oil.

Pour the mixture into small cosmetic containers (or just leave it in the jar you heated!) and cover with a lid. Let stand until firm before using. You may also place it in the refrigerator to speed setting.

Just look at that crusty nose!

I’m relieved that he doesn’t mind me putting it on his nose, and I’m sure it’s because it smells like food – I mean, it is food! He tries hard to lick it off, but his tongue can’t reach to top of his nose.

After two applications, each about 30 minutes apart, Biscuit’s nose was back to a perfectly smooth little button! These two containers of cream should last a very long time; in fact, we may give one container to Biscuit’s favorite dog friend.

I made several jars of this yesterday. Should I expect it to return to a solid state? After a few hours in the fridge, it was solid, but after sitting on the counter overnight, it’s back to a liquid state.

Hi Gigi! The coconut oil should return to a solid state, but if it doesn’t, you can store it in the refrigerator. Coconut oil melts at around 78°, so if your room temperature is near that, or if you keep it outdoors on a warm day, then it will be liquid.

can gr
Grape seed oil be used instead of olive oil?

Hi Judy! Yes, grapeseed oil can be used. You may be aware that the skins of grapes and raisins are toxic to dogs, but grapeseed oil is safe and is filled with antioxidants. Thanks for asking! 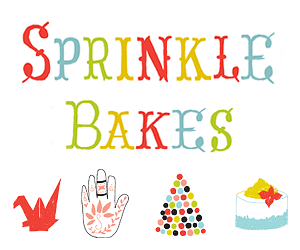